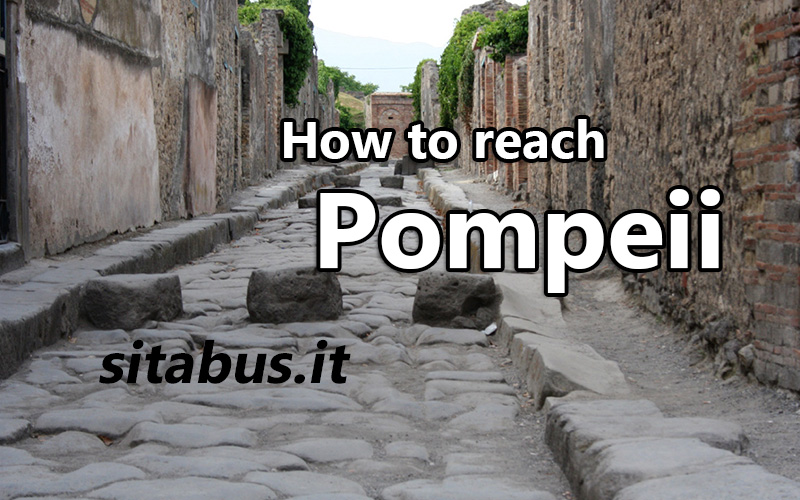 In 1997 Pompeii was listed in the UNESCO World Heritage together with the Archaeological site of Herculaneum and Oplonti.

The city of Pompeii and the archaeological site Pompeii excavations (Villa dei Misteri) are away about two kilometers.

The entrance to the archaeological sites are located in Piazza Anfiteatro e a Porta Marina.

Map of archaeological excavations of Pompeii.
Click here to enlarge in a new page 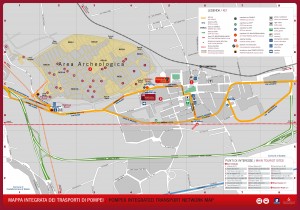 Tranport Map of Pompeii.
Click here to enlarge in a new page

From Capodichino airport you can reach directly Pompei with the bus service SORRENTO – NAPLES AIRPORT of company “Curreri Viaggi“. The cost is 10 euro.

From Capodichino airport you can reach Pompeii also going from Naples city. To do this you need to take a bus Alibus from the airport to Napoli Piazza Garibaldi and take the Circumvesuviana direction Poggiomarino (and you should stop at Pompeii) or the direction of Sorrento (stop Pompeii Villa of the Mysteries for those who want to get off near the second entrance of the excavations and distant from the city center about two kilometers, a 20 minute walk).

Coming from the north Highway A3 Naples – Salerno exit Pompei/West.

Coming from the south Highway A3 Naples – Salerno exit Pompei/East.

About bus and train tickets: new tariff system in Campania.

10 thoughts on “How to reach Pompeii – travel guide”