Pearl of the Coast of the Coast, natural paradise, we speak of the Amalfi Coast, a place characterized by uncontaminated nature and clear and crystal clear waters that have earned it the title of Unesco’s “Heritage of Humanity” in 1997.

Anyone visiting the Amalfi Coast has the feeling of being on a half-sunken balcony on the blue cobalt waters of the Tyrrhenian Sea and the clear blue sky.

The Amalfi Coast is also called Divine since it can bring you to a higher, almost unreal dimension, from which you would not wake up.

The land with its many fragrances and flavors is known to all for its beautiful beaches, and for the wild nature, all arranged vertically, including the picturesque houses that overlook the sea and are sometimes hidden in the tangle of suggestive narrow streets .

The land offers, to anyone who wants to visit it, various attractions that aim to satisfy the needs of the visitor by choosing between various available alternatives.

What to see on the Amalfi Coast

For those who love trekking and outdoor activities or for those who simply want to stay in close contact with nature, you can not do without hiking on the Sentiero degli Dei (Path of the Gods), from which you can admire all the beauty Of the coast.

It is a naturalistic trail on the Lattari Mountains, which winds along the entire coastline for 7 km. The most interesting section of the trail is the one between Positano and Nocelle where the landscape is fascinated by the alternation of pine forests, caves to explore and especially suggestive views of the Amalfi Coast.

Do you want to admire the splendor of nature by the sea?

A boat ride is what makes your case so you can admire the most beautiful corners of the entire coast and visit some of the most renowned cities on the coast, among them Amalfi. 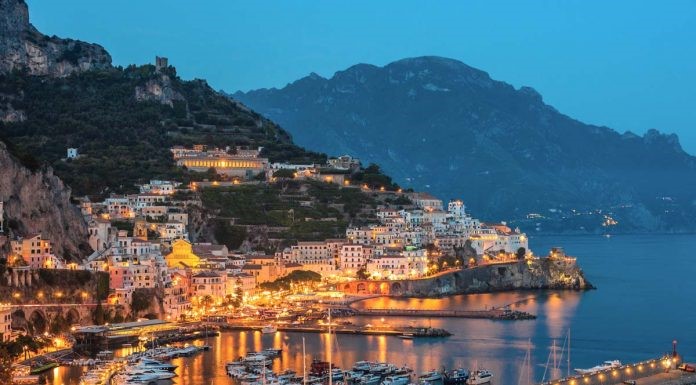 Ancient maritime republic, characterized by buildings of Arab and Byzantine influence, Amalfi is a truly magical and romantic city characterized by a tangle of narrow streets framed by arches and towers that guard the city.

The Duomo is on the top of a long staircase and includes two connecting basilicas, a lower crypt, the bell tower and the Chiostro del Paradiso (Cloister of Paradise.) 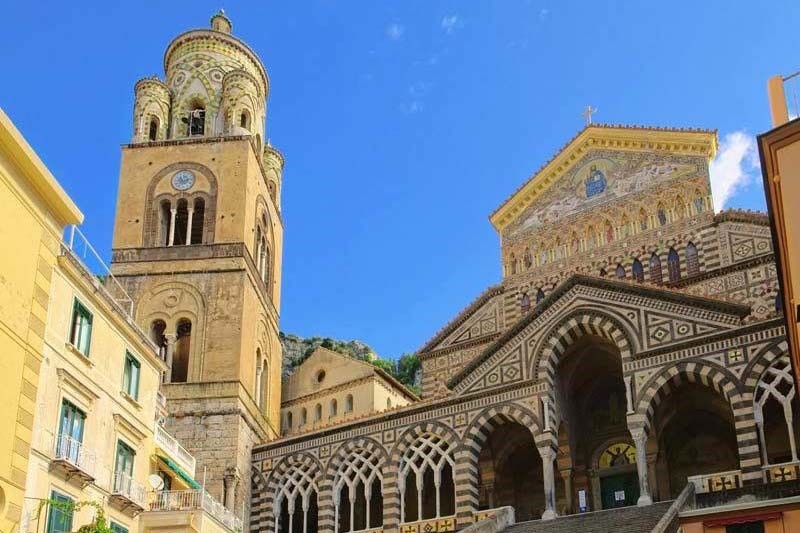 The building is dedicated to Sant’Andrea Apostolo and is characterized by a set of different architectural styles such as Romanesque, Baroque and Rococo visible inside the basilica where the large coffered ceiling with false gold decorations and the finely worked altar In the Baroque style, are testimonies of a multi-faceted city. 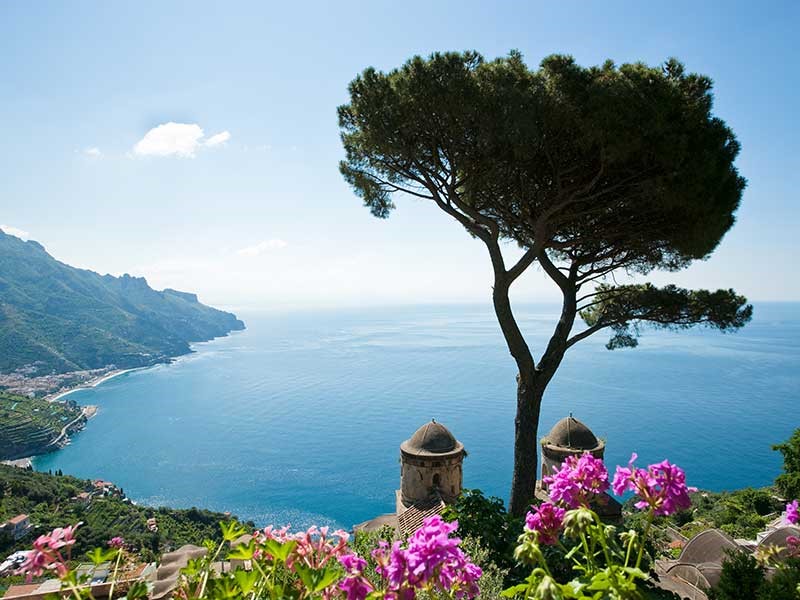 From Amalfi we move to Ravello, also known as the city of music, as important music festivals take place. The city is on a steep cliff and from where you can enjoy a breathtaking panoramic view of the Tyrrhenian Sea and the Gulf of Salerno.

The Villa Cimbrone gardens are considered the most beautiful and evocative place in the world, not by chance from its famous Infinity Terrace (Terrazza dell’Infinito) you will be able to admire breathtaking scenery that span the entire coast. 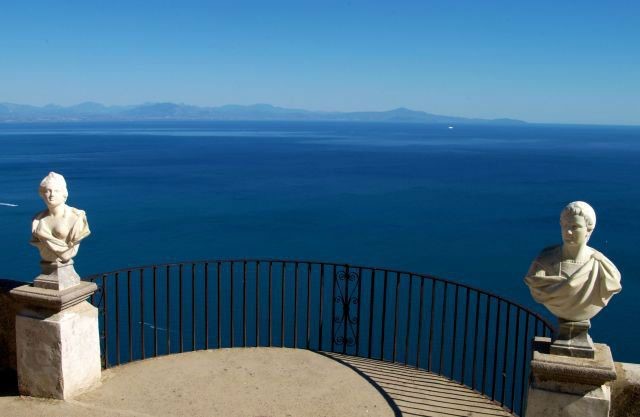 Sal de Riso and the sweets of the coast 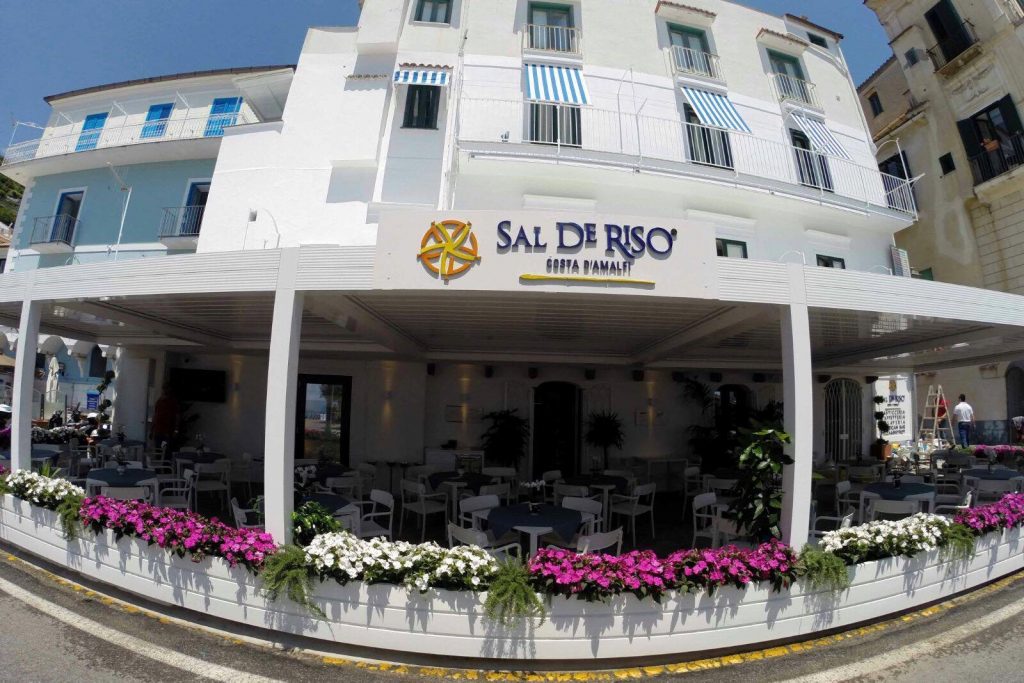 The Amalfi Coast will also conquer you with its finer but delicate flavors; This is why it is imperative to make a leap from Sal de Riso, the most famous pastry maker in the South, which is the creation of the heavenly Delizia al Limone and the delicious Ricotta and Pere Cake that you can enjoy in its pastry shop in Minori. 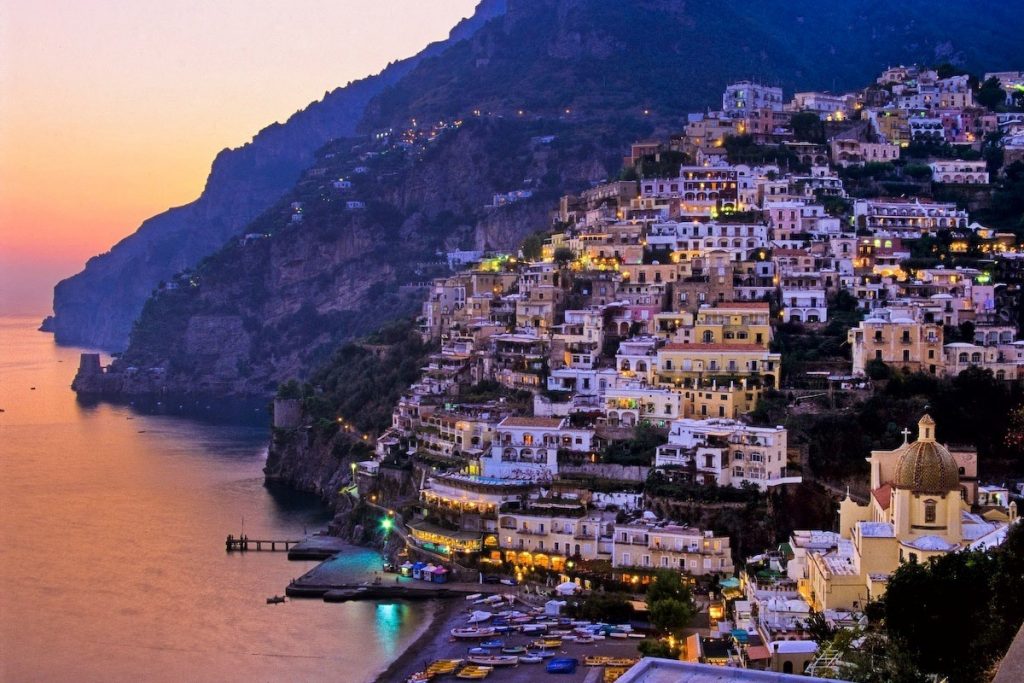 In short, the Amalfi Coast is rich not only for landscapes but also for architectural wonders that make it the ideal destination for those who want to spend unique and unforgettable moments one step from the sky.