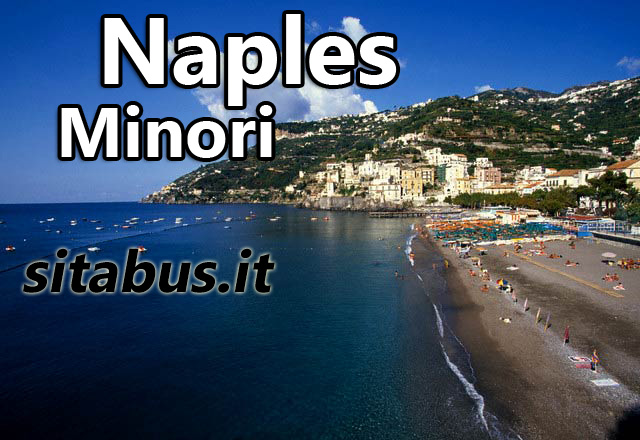 The line passes through the following cities:

For more information and download timetable refer to the Amalfi Naples tab.

With a stopover in other cities, from Naples it’s possible to reach Minori by alternative ways.

Minori is a town and comune in the province of Salerno in the Campania region of south-western Italy, situated on the Amalfi Coast. The origins of the name Minori come from its association in the past with the river that crosses it, La Rheggina, its ancient Latin name was Rheggina Minor. This name coincides with the name of the neighboring village Maiori, then known as Rheggina Maior. In time, it has come to be known simply as Minori.
Main sights are: Basilica di Santa Trofimena where are the remains of martyr Saint Trofimena, Roman Maritime Archeological Villa, Saint Nicola Convent. Among the various events that take place in Minors, remember the “Gusta Minori” interesting food and wine event that takes place every year in early September combined with the prize for literature food and wine. Fractions of Minor are: Montecita, Torre Paradiso, Via Monte, Via Pioppi, Via Torre, Villa Amena.