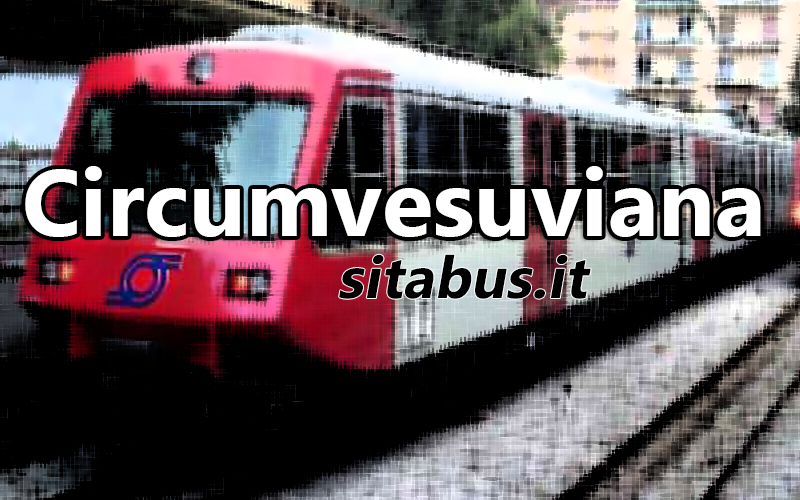 Circumvesuviana is a railway operating services in the East of the Naples metropolitan area. It is managed by EAV Ente Autonomo Volturno. The Circumvesuviana railway service covers a wide catchment area of over 2 million people, distributed in 47 municipalities, including Scafati, San Valentino Torio and Sarno in the province of Salerno and Avella and Baiano in the province of Avellino. The network forms an important commercial artery, and provides services to the important tourist destinations of Pompeii (How to reach Pompeii) and Herculaneum (How to reach Herculaneum).

All routes start from the Napoli Porta Nolana terminus near the Porta Nolana, and pass through Napoli Garibaldi station before splitting into several branches to towns in the province. A journey along the entirety of the longest route, the 47 km (29 min) from Naples to Sorrento, takes about one hour. 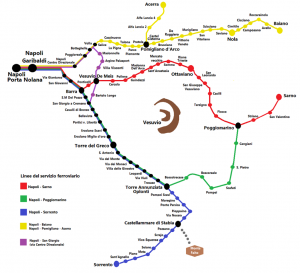 For details and pdf timetables click on the specific line:

The rate depends on the route. To know the cost of the various sections refer to EAV or Find your rate.

18 thoughts on “Circumvesuviana timetables and rates”